When the crowd funds startups: The three main channels to raise capitals

Kickstarter, the largest crowdfunding platform globally, has published its key statistics about the funding activities they undertake and the numbers are impressive.
Since 2009, the company has raised close to 4 billion US dollars across 150 thousand different projects. 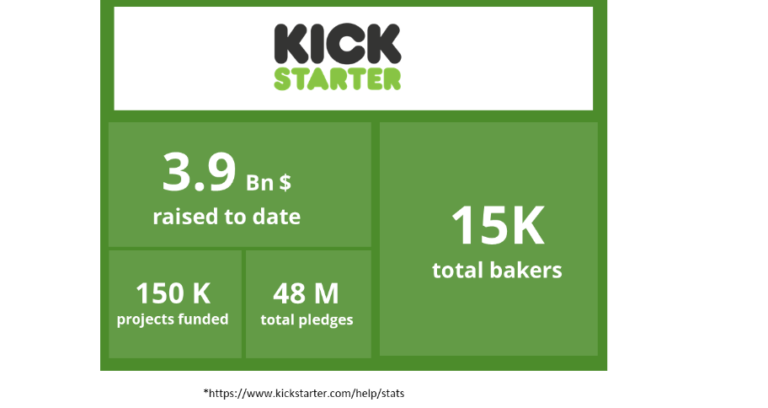 Given these numbers, it’s understandable that any startup seeking funds may be tempted to consider Kickstarter as an option.
However, before any decision is made, let’s look at another set of numbers: in the past year alone, 15 billion dollars were raised via ICOs.
Unsurprisingly, this is another option many startups and investors are looking at, in order to connect projects with funds.
The third option to raise funds is equity crowdfunding, in which platforms like ours allow individual investors to tap into the venture capital arena by purchasing tokens that represent startup shares.

If we focus on the types of projects raising funds across the different types of crowdfunding, we could immediately spot that crowdfunding is mainly focused on entertainment and physical products, while ICOs lean towards financing service and, specifically, Fintech.
Quite intuitive, right? You will not go for ICO if you are searching the funds to produce a CD for your band, as you would probably quickly write off the option to raise the capital for the development of a new AI startup on Kickstarter.
It’s to be expected that a video game and two physical products are amongst the largest financed projects in crowdfunding. These campaigns have been able to raise an amount exponentially larger than what was original pledged because their financiers were also their customers. Backers are indeed not proper investors, but rather early customers who are keen to finance the project in order to get earlier access. In other words, it is not the financial return that drives the success of these campaigns, but the desire to own these products.

When it comes to ICOs, we are in a completely different reality. The first thing that jumps out is the size. Amounts raised via ICOs can really be massive. Looking at the most successful ICOs, thus, we also realize that the common denominator is that all of these realties are proper digital currencies or they envision the implementation of digital currencies for their services. 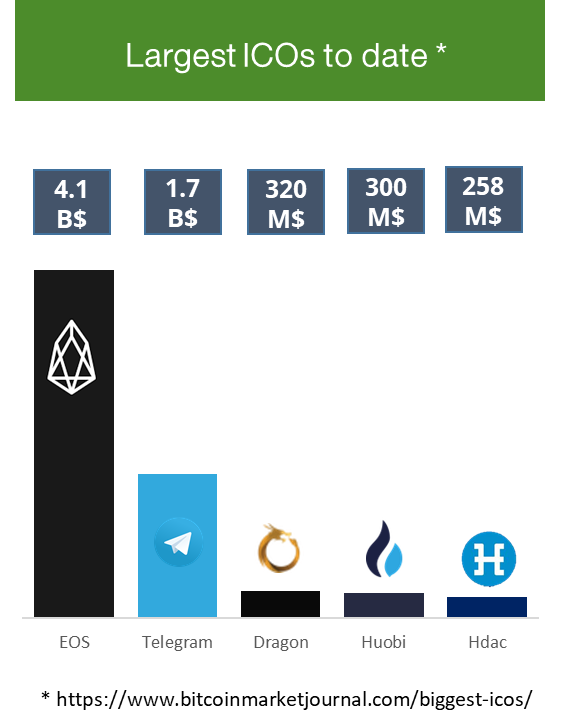 Other key differences among these alternative ways of raising funds are seen in the success rate and in the cost associated with these campaigns — with equity crowdfunding showing the highest success rate.