When corporates look at startups. 4 reasons why corporations invest in startups

We tend to see startups as an alternative to corporations. Dynamism versus steadiness, speed vs. processes.

We often heard comments like: corporations are safe and steady. Startups are dynamic and engaging.

The line between the two is a bit more blurred than that description allows. It’s true that the starting point for corporations is a consolidated business serving an existing consumer based on existing needs, while for startups it is the creation of a business in order to address unexpressed consumer needs.

But with this difference, there also exists a point of overlap.

Let’s have at look at some data first: 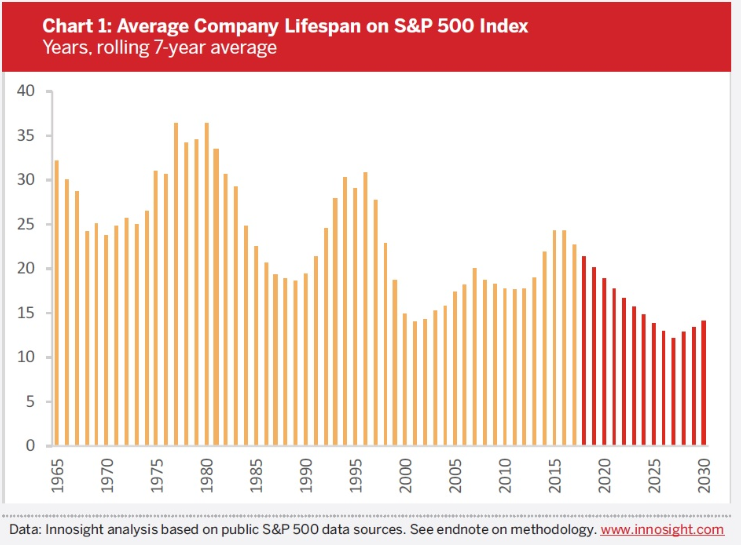 The lifespan of traditional corporations is diminishing over time, meaning that either they will innovate or they will fade out.

And that’s what startups are all about: innovation.

We have seen how large companies are able to identify a need for acquisition in startups, but the latest examples indicate how the price of a startup can become too high. The case of Unilever acquiring Dollar Shave Club for one billion dollars and Walmart purchasing Flipkart for fifteen billion dollars show how relevant it is to focus on seed startups.

Many companies have already established their venture capital arm (Corporate Venture Capital or CVC) and the total investment in startups from corporations reached over 20% of the total venture capital industry.

While tech companies are mainly leading this trend, traditional businesses are also  entering the game. The reason was well explained in a publication from the Insead[1]: any business could be disrupted — for which startups are the most obvious suspect — and, rather than waiting for this moment, the wisest option would be to acquire the companies who could revolutionize your industry. 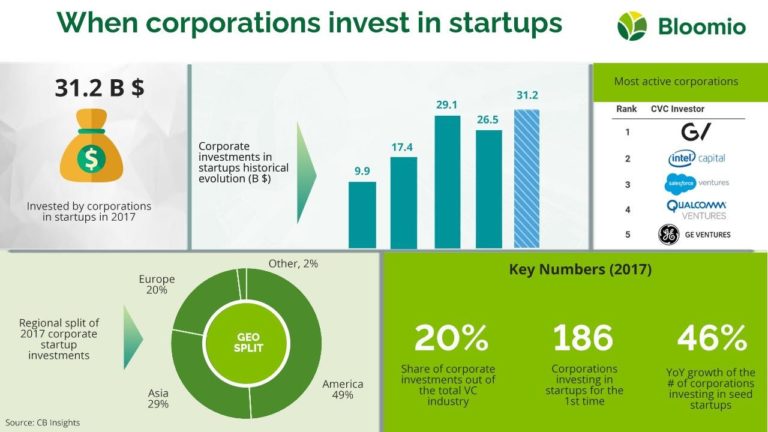 The below snapshot of CVC in the food industry highlights: 1) the numbers of players that already tap into the venture capital arena, and 2) the reach of this activity, which goes well beyond pure investments and often reaches incubators and accelerators. 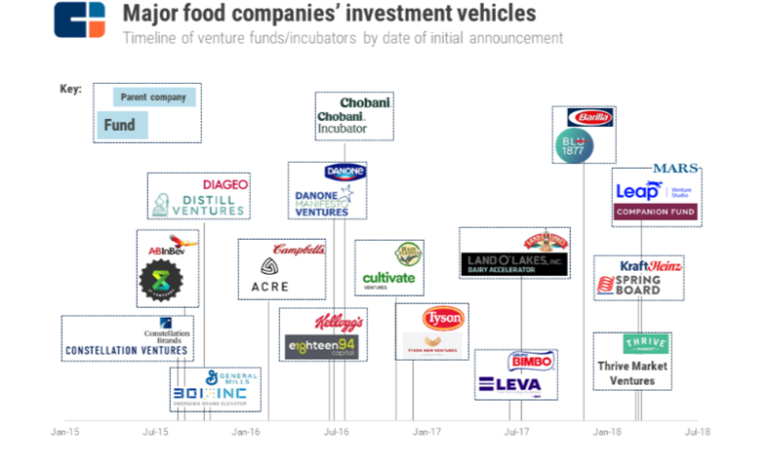 It is important to note that there are few key differences between corporations investing in startups and traditional angel investors:

Unlike angel investors, corporations are not looking to make a profit on this type of investment, or at least not a merely financial profit. They aim for more. They are looking for means to grow their core business in one of the following ways:

Instead of developing ex novo they can leverage new businesses that have already proven the feasibility of their concept, and, potentially, have already shown some traction. Here, it is about saving time — which is crucial for the majority of organizations — and also reducing the risk associated with any new development: Will the test work? Will production line be able to produce? What about regulatory and compliance?

This applies mainly to startups with an existing base of customers. Organizations that have an appetite for a specific market could find in an acquisition the best key to a point of entry. Market share in the radar could be a specific product niche, a selected geography or area the business which was not originally considered of interest.

3)     Leveraging startups as an innovation hub

Innovating is expensive. While corporations have the resources to undertake an innovation project, they also must comply with their existing processes, internal approval, and cooperation across the board. By contrast, startups can move into implementation much earlier. A corporation investing in seeding startups could devote some of the development process in the pipeline to this, thus increasing the speed of the process while simultaneously reducing risk. Risk, indeed. Any innovation hitting the market is subject to a potential consumer disapproval, which could collaterally hit the overall brand equity of the company. In the case of failure, it is safer if this happens under the umbrella of a controlled company, rather than taking the risk of damaging the company’s main brand.

4)     Expand in complementary businesses on in new channels

The customer journey could be much wider than what most o brands deliver. A company producing shoes knows that its customers might need to buy replacement laces or other wearable goods. Partnering with startups that are providing solutions in complementary businesses is a way of expanding into areas that can provide solutions to customers.

There is something else: startups are cool.

As blunt as it sounds, startups are cool. They are innovative and alive, often coming in with a vision to radically change the world.

This statement brings two consequences that are very relevant for corporations:

1)     Top-talent innovators tend to be attracted to startups more than corporations. Therefore, acquiring these companies also allows corporations to fully leverage  these talents, which can be crucial for the success of their business.

2)     Partnering with startups is a great way for corporations to rejuvenate their image and to make it relevant for younger generations.