The 2017 State of European Tech: A Record Breaking Year for European Venture Capitalism

Very good news for European startups. As it emerges from ‘The State of European Tech’ report[1], issued by the venture firm Atomico, Europe had a record breaking year regarding investments in tech startups. According to the report, 2017 saw an astronomical interest in European tech companies coming from the United States, a heightened amount of funding deals, and more. Business leaders are citing Europe as one of the most exciting places to be in the market right now, as statistics show the state of European tech as a journey that’s only going up.

It is clear that Europe holds a wide pool of talent that is finally being tapped. A diverse cultural, economic, and geographical climate, Europe is home to world-class universities, booming businesses, and tourist locations. While the report has been regarded by many as surprising, the numbers show that that shouldn’t be the case; in the past year, seven companies (all founded after 2003) surpassed a billion dollars in worth, meaning that there are now 41 billion dollar European companies. 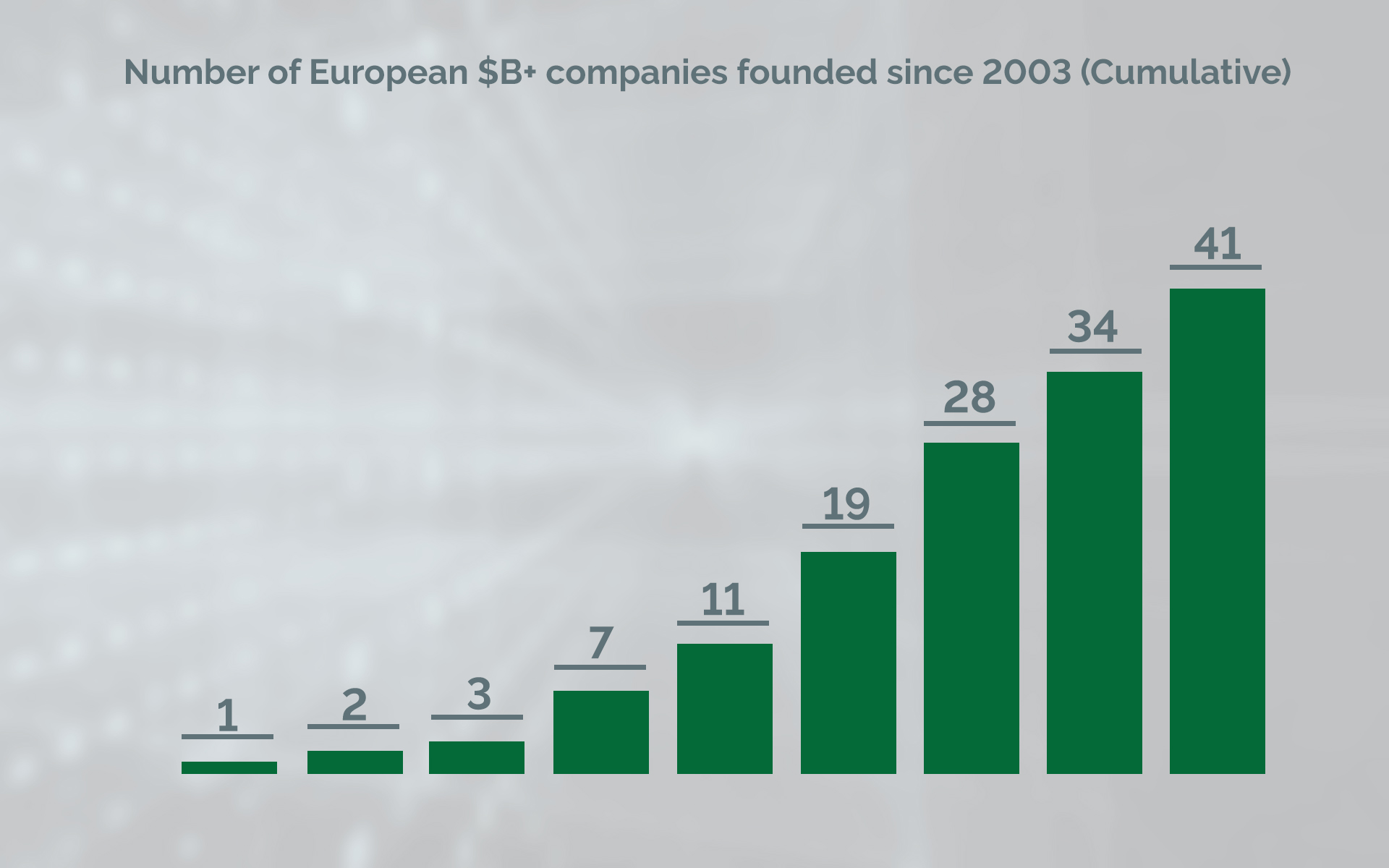 While the number of European Unicorns is still lower than that of the United States, it is the dynamism of the market to make it so attractive to investors. In 2017, more companies went public in Europe than anywhere else in the world. The reason behind this success seems to be marking the difference between European and American startups. The road to IPO is indeed much faster in Europe than in the Unites States, as European companies are blazing their own trail by choosing to go public at an earlier stage.

While the trend in the States is to wait until companies reach sky-high values, European companies are breaking from this tradition… and it’s paying off. European companies have been trading up to 24 percent above their IPO prices on average. In the United States, the average is only 6 percent.

This comparison well explains the rise of European Tech, as well as the European continent as a growing destination for Venture Capital funds.

But where are the largest investing heading?

While London remains the main European hub for capital invested, other cities are increasing their share and growing their ability to attract capital, as well. Over $2Bn were invested in Berlin startups, alone. Further proof of geographical diversification is exemplified by the strong flow of venture capital that is also reaching Paris ($1.7Bn), Barcelona ($0.7 Bn), Stockholm ($0.5 M).

It is also worth looking at the specific industry that is receiving the highest investor contribution, which is indisputably Fintech (thanks to the new opportunities unlocked by blockchain technology applied to financial services.)

This falls in line with the claim that European Deep Tech is one of the primary forces drawing in so much interest from investors. In the past year alone, there has been a 40 percent increase in the amount of money funneled into the field of Deep Tech by investors. While experts strongly believe in the potential of the Deep Tech ecosystem across the continent, special attention is being paid to Germany and the United Kingdom.

What separates Europe from the rest of the world right now in the field of tech is not only the burgeoning talent, international interest, and appetite for growth, but also the continent’s supportive attitude towards startups.

An integral source of funding in tech comes from government sources in Europe, which is unheard of in the United States. Even more traditional European “corporates” are noticing the shifting technological climate and stepping in, contributing roughly 20 percent of the capital invested in European tech startups in 2017.

2017 has been a historic year for venture capitalist investment in Europe and the probability that the next industry-defining company could come from Europe has never been higher.”

These findings are not only a positive picture for startups, but also for investors. With the possibility of investing through crowdfunding, there is a wide range of investors who could invest in promising startups starting from just 50 USD.